By clicking “Accept All Cookies”, you agree to the storing of cookies on your device to enhance site navigation, analyze site usage, and assist in our marketing efforts. View our Privacy Policy for more information.
PreferencesDenyAccept
Thank you! Your submission has been received!
Oops! Something went wrong while submitting the form.

Motorcycle Breakdowns are Good for you!

Motorcycle Breakdowns can quickly turn from devastating events to the most amazing travel experiences!

I was into week 3 of my Europe to Australia trip and had just finished exploring Spain and southern France (to wait out the later-than-usual spring) and was heading north. Riding across Switzerland, this time staying away from the motorways and enjoying small country roads was spoiled a bit with a constant, never-ending rain - and that was in the beginning of June. It continued well into southern Germany where I admired misty Black Forest and carefully enjoyed the famous B500 road - one every biker should ride at least once in their life!

The next day was expected to be a long, boring crossing of Germany on autobahns to make it in time for the ferry between the north of Denmark and Norway the day after. The morning brought some sunshine and blue skies and it was looking like an enjoyable day of riding ahead. In no time I was on the autobahn already heading north and stopped just a few minutes later at one of the rest areas to check the map. As I was looking at my phone I noticed some sort of liquid dripping slowly off the side of the bike. At that moment I had a sinking feeling in my stomach but still had a hope it might be just some rain water from riding in the rain the day before. As I smeared some liquid on my finger the colour was a giveaway - the emerald green - it was the coolant dripping from the bike.

It didn’t take me long to find out what was happening - the radiator had a wet stripe across it and a clear chip in one of the radiator ribs. As I started the bike, the pressure in the cooling system built up and the coolant began squirting out of that chip. So here I was, just 3 weeks into my 9 months journey and already with a pretty significant breakdown. On a Saturday when most shops are closed. In the country where I don’t speak the language. A passing German biker asked if everything was okay and when I pointed at the problem, he just shook his head - but didn’t offer any help.

I knew very little about fixing radiators so I turned to the collective wisdom of the motorcycle travellers group on Facebook, making clear in my post that I’m stranded on the roadside so an urgent advice would be very helpful. In no time the messages began to pour in with suggestions for a temporary repair. In the beginning I had a bit of a panic not knowing what to do, but then managed to collect my thoughts and switch into an action mode. Few things were clear to me: 1) I’m not going to catch that ferry tomorrow, bye bye tickets, 2) There are some temporary repairs I can do, but I need to be quick to get supplies as Saturday is a short day and the shops might be closing soon, 3) I can’t carry on with temporary repairs considering the scale of my journey, I need a permanent fix before I leave the mainland Europe.

Setting the priorities right, I first limped to Hanoever which was only 20 kms away and straight into Bauhaus - a very popular German DIY chain store. There I got some Epoxy putty and also some more coolant to top up the bike. Thankfully, the leak wasn’t bad and by adding coolant I could keep going. I then proceeded to the nearest roadside hotel where I intended to do the temporary fix and left the bike to cool down. Meanwhile, a hunt on the internet for a replacement radiator began.

Ebay and similar sites were flooded with Chinese replicas of the radiator but most, even if based in Europe, seem to have very little contact details. Until something caught my attention. There was an original, but used radiator for sale on Ebay. The seller was from the Netherlands and while there were no contact details on the Ebay listing, I managed to find their website - it turned out it's a small motorcycle repair shop in the east of the Netherlands. The time was already way past midday, it was Saturday and when I sent a message to the shop on WhatsApp I had very few hopes of getting a reply.

But I guess somewhere along the way I picked up quite a lot of positive karma or simply was very lucky - Manfred, the shop owner, replied in just a few minutes. They still had the radiator available and I was welcome to come to their workshop in the Netherlands on Tuesday (Monday was a holiday) and they’ll even let me use their tools for free to replace the rad. I thanked him profoundly wondering what I did right in this life so that the person selling the only thing I need in the whole of Europe was so helpful and quick to reply.

I applied the epoxy putty to seal the pierced radiator on my bike and the next day even gave it a test ride - it was holding up surprisingly well with no further leaks. And after spending the weekend in Hanover which turned out to be a pretty relaxed city I limped 500 kms to the Dutch border. Early morning on Tuesday I found myself in a remote Dutch village rolling my bike next to a small motorcycle workshop. Manfred, the owner, heard the sound of my bike’s engine and went out to greet me. The first thing he said, as he was glancing at my bike, was: “Uh… I think our radiator is different, maybe it will not fit”. My heart sank again.

Thankfully as we got their rad and held it next to my bike it became apparent those are the same - at last some good news! True to his promise Manfred let me occupy half of their workshop and have full access to their tools to do the job. Meanwhile, he and his colleague continued with their duties and I was also casually telling Manfred about my upcoming adventure. He couldn’t believe I only got as far as Germany before that thing happened!

I don’t have extensive mechanical knowledge but I have good attention to details and am very pedantic. As I had a very detailed service manual for the bike I followed it step by step to get the old radiator off the bike and mount the replacement. The only downside of this approach was that it took absolute ages. What probably would’ve taken a professional mechanic 30 minutes at max for me was 4 hours. The guys were already unpacking their lunch by the time I was mounting the radiator back on. And then I managed to snap the bolt which was supposed to hold it in the frame. “Damn!” - and I looked pitifully at Manfred and his colleague. Letting out a condescending but friendly sigh, Manfred got out a drill and bits to drill out a snapped bolt, removed the front wheel of my bike and drilled the bolt out - it all took him 2 minutes at most. It took me one more hour to assemble the bike back.

I was forever grateful to these 2 guys who helped me out when I needed that a lot and couldn’t come up with a good way to thank them. It turned out they had some issues with their listing on Google Maps so I emailed my best contacts at Google (I used to work there) to have it resolved - that’s the least I could do for them. We chatted over coffee for a while longer and I waved my goodbyes. I had some more nice plans associated with that unexpected detour.

It just so happened that the moto workshop was very close to the German border and to Cologne where my good old friend was living. Therefore, I took this opportunity, as my schedule was already screwed up anyway, to spend some time with her so I headed down to Cologne. We were very happy to see each other again and spent an amazing evening with talks and memories.

So as the result of a seemingly bad breakdown I learned some new skills in motorcycle repair, met 2 very helpful and lovely people and also got to hang out with my old friend whom I probably wouldn’t see again for a long time. At this point I began to understood why some travellers swear that breakdowns along the way helped them built the best connections of their trip.

The next morning I headed north to re-join my route to Denmark - this time riding 9 hours in torrential rain. But that’s a story for another time. 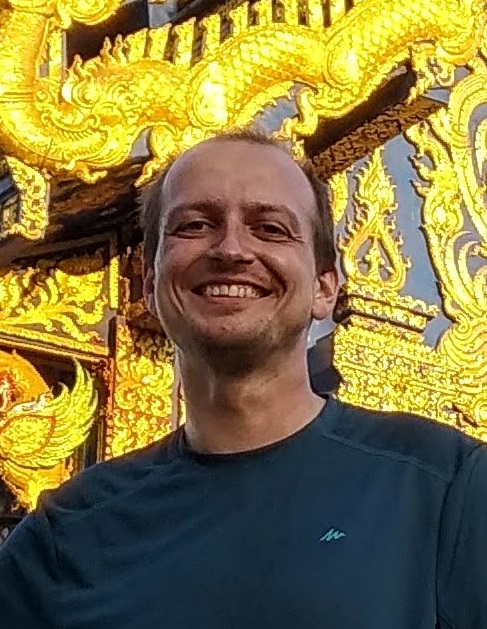 The founder of Andalus Moto Rentals, Alex is an avid motorcycle traveler. He started with short classic trips around Europe, explored some of Asian countries on rental motorbikes. He eventually embarked on a solo motorcycle journey from Europe to Australia passing through Europe, Middle East, South and South East Asia. More Details and Reserve Now!
Early Bird Special Offer
Book 30+ days in advance
Get 10% off total price
Instant discount for rentals of 3 days or longer with a start date 30 days or more from today.